With Facebook, Twitter and LinkedIn seeing in their 10th birthdays over the past year, talk naturally circled around how social media was evolving. Strategies can’t just be made up of Like and Share targets anymore, companies actively need to learn and develop from these channels and the huge amounts of data they provide on their users.

Weber Shandwicks panel talk Taking it to the Next Level: Using Data and Mobile to Build the Business Case for Social, highlighted that we have to move on from traditional engagement. Now it’s about using the data we have and elevating engagement for the follower. Chris Perry, representing Weber Shandwick was quick to point out that Social Media is still a human business, and the next challenge we face as marketers is bringing together organic and paid content metrics to find the right balance needed to create results for the company, but still creating meaningful and relevant content.

There is still a lot of opportunity around using company data to influence social, and vice versa, something that most companies are struggling to do currently. Marcus Dyer from Flipside made it clear that “whoever’s got the most data wins, pulling data from other apps to influence purchase [will increase ROI]”.

This is already reflective of the natural evolution of how we as individuals are using digital channels. 50% of time spent online is spent in Apps, through social media and increasingly chat channels like WhatsApp. With the rush on for home screen retail space, how can marketers access this? Marcus Dyer said this was likely to be through linking these apps to everyday transactions we make, booking a taxi for example or pre ordering and paying for coffee on the way to the café.

This naturally turned to the use of bots, and how through Facebook Messenger you can book anything from a hotel on arrival in an airport to a dress to be delivered the next day. Is this not moving away from being a human business? Roy Jacques assured us no – as to many notifications or poor responses will see apps or bots removed, so it’s still up to the business to make it as convenient and human as possible. Bots or Chat bots need to be experiences, not just chats, that we start to use in everyday life.

Over the following years we’ll start to see the rise of bots such as Siri and Cortana working across our devices, with wearable tech already taking new steps with the iPhone 7’s new earphones. But what about right now, how can we use all the information Social Media gives up to run campaigns now across existing and thriving platforms?

How Social Media Has Transformed Entertainment Marketing hosted by Tumblr focused on how fans across Social Platforms actually influence marketing strategies with companies often testing content on Social Media for feedback and sentiment. Rachel Masuku from Lionsgate films and Kimberly Smith from BBC Worldwide gave great insight into the importance of creating dialogue between a company or brand and their followers.

Firstly, embrace your fans, give them what they want, give them a voice and adapt your product accordingly. Rachel even highlighted that the global phenomenon Twilight was heavily influenced by fans feedback, and changes were made to the movies based on fan insight.

The younger generations are harder to get cut through with, as unlike older demographics who are more brand lead, this new generation care more about who likes the brand rather than the brand itself. People invest in people, and companies need to reflect that by investing in their fans.

Brands now need influencers to use their content to create their own content to create a buzz – peer to peer is more influential than critics or traditional media outlets and video is now being cut as vertical for Snapchat and square for Instagram, rather than just using traditional landscape movie cuts.

This framed Rachel Masuku’s key point; as Marketers we have to use the platforms the way they are supposed to be used, not just as another way to push your product generically. We can’t just sell; we have to engage. Negative comments can help you, if not only just be clarifying your target audience. Social Listening is important to not just gain insight and sentiment, but to help you develop your product and increase ROI.

Using influencers to access the harder to reach younger markets was backed up by Nicolas Roope from Poke showcasing their hugely successful Wembley Cup campaign for EE https://www.youtube.com/watch?v=L6Tyn0uH-ZM

Millennials are the hardest generation to reach, so creating content for the social platforms that they are already engaged with gives a reach that money in traditional media can’t buy. It also tapped in to the fact that YouTube stars might have millions of subscribers but rarely meet them or see them on mass. For these influencers, the combination of playing with Football legends, at Webley Stadium, in front of thousands of fans was a hugely exciting opportunity for them, and in turn they then created exciting, genuine content around the event which produced huge engagement and brand awareness for EE.

Speaking to your audience through the voice of key influencers was revealed as a growing trend for Brands. Chris Watt, Adidas’s Social Media Manager speaking at We Are Social’s Snapchat 101 session, emphasised the importance of finding the right role for your brand on a platform. Adidas had recognised that they didn’t want to be ‘the uncool parent made to drop their kids around the corner from school’, and that the best branded content for the platform wouldn’t necessarily be created by them. They shunned having a brand profile, instead choosing to invest heavily on Social Influencers using the platform to raise brand awareness, providing product and giving the influencers the scope to create their own content.

Our key takeaways were firstly, the importance of analysing data, and secondly creating platform relevant content in line with how your potential audience want to engage with it. Hootsuite’s café session focused on a fact to put chills down the spine of any Marketer, in 2026 everyone entering the workforce will have lived with Social Media throughout their entire life, so it’s no longer when you’ll focus on Social Media, the focus for all brands has to be how to make the most impact now!
– Written by Samantha Bonnar

Taking Your Digital Career to the Next Level – Facebook Blueprint Certification 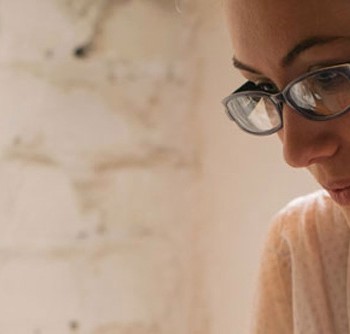 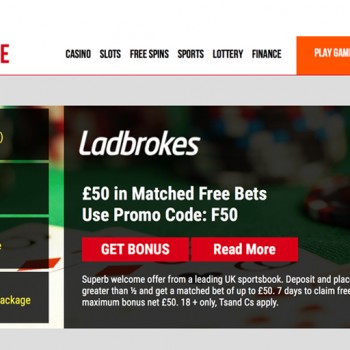