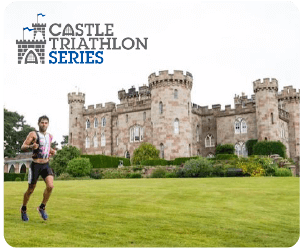 Formed in 2009, the Castle Triathlon Series has swiftly established itself as the UK’s largest triathlon series, including the second biggest UK Triathlon and the World’s largest Children’s Triathlon at Hever Castle.
The Brief

This year alone we have successfully increased bookings by 25% across 5 out of the 6 events before the season has started. By testing custom lookalike campaigns, monetising their email database and testing new targeting interests and ad placements we have successfully increased bookings, helping Castle Triathlon Series to become the biggest triathlon series in the UK.
Additionally across social media we have used competitions to help promote new and existing partnerships across Facebook and Twitter to effectively extend the reach of the CTS brand. We have also used display ads and video content to maximise branding efforts when showcasing new race offerings, such as the soft launch of the new starter sprint race distance in 2015 and continued support of the Bastion race offering, only in its second year; bookings are up 30% and increasing.